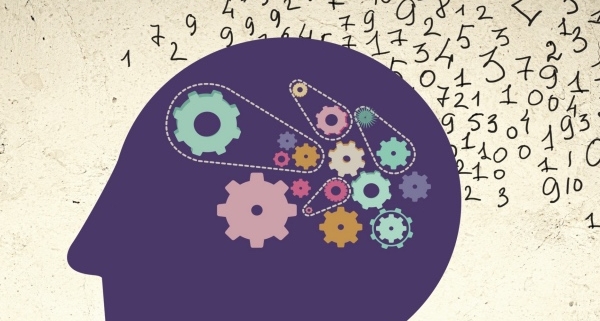 I have always had a problem with memory, that is, not being able to memorize texts in a comprehensive manner, nor, more importantly, orations. Probably, as in my case, also a deficiency relating to a lack of concentration: in listening to a lesson I often let myself be taken, or to say more accurately, be deviated, by a thousand thoughts, and often these thoughts are (apparently?) deviating from what the subject matter of the lesson is; I link different thoughts to different thoughts, in short a detrimental “labyrinth” of non-memory. That’s why the professor would always accused me of having “few ideas that are well confused”!

Recently, however, I have been fine-tuning, directly testing, a technique of “dynamic” memorization. I named it so, though I don’t know if this relates to some technique already in use, maybe there is a similar one.

The technique of which I speak,  that of dynamic memorization, consists of mental auto-construction, whilst listening to a dialogue,  the creation of vivid imagery, “dynamic”,  and manifestly (which is obvious!) entirely pertinent to what one is listening to; that is, as if we were creating, instantaneously, a film on the subject. Scenes that reconstruct the theme, the facts, in one single episode. All in one’s mind: I will listen, just to give a particular example, to the phrase that says “according to Einstein, the force of gravity has the effect of bending space and time”, I construct in the mind “a film (a short film!) “where I imagine something heavy, a boulder (gravitational force), which pushes down a floor (the space) on which a clock (time) is placed. I hope that I have conveyed the essence of ​​what I want to communicate, to intend.

I know, it may seem like a wild undertaking, more adept to confuse memory, than to assist it. However, from what little I have put into practice, I have found that the “method” … has a tendency to be truely effective!

Now it’s time to add a further obviousness: it is absolutely essential, in putting this technique into practice, to use the maximum amount of concentration, that is, we must not allow ourselves to be “deviated” by diverse thoughts. In practice, as one might say in jargon, one must remain on task. As for myself, I have a brain that has the ambitions of an “Autonomous State”, it is still a practice with some difficulties, but, as I repeat, dynamic memorization has a tendency to work. It is not, perhaps, a “precise” memorization, made up of the exact words of the topic heard, but certainly it is – it could be – a memorization of the concept. And this, in many cases, will more than suffice.

This site uses cookies. By continuing to browse the site, you are agreeing to our use of cookies.